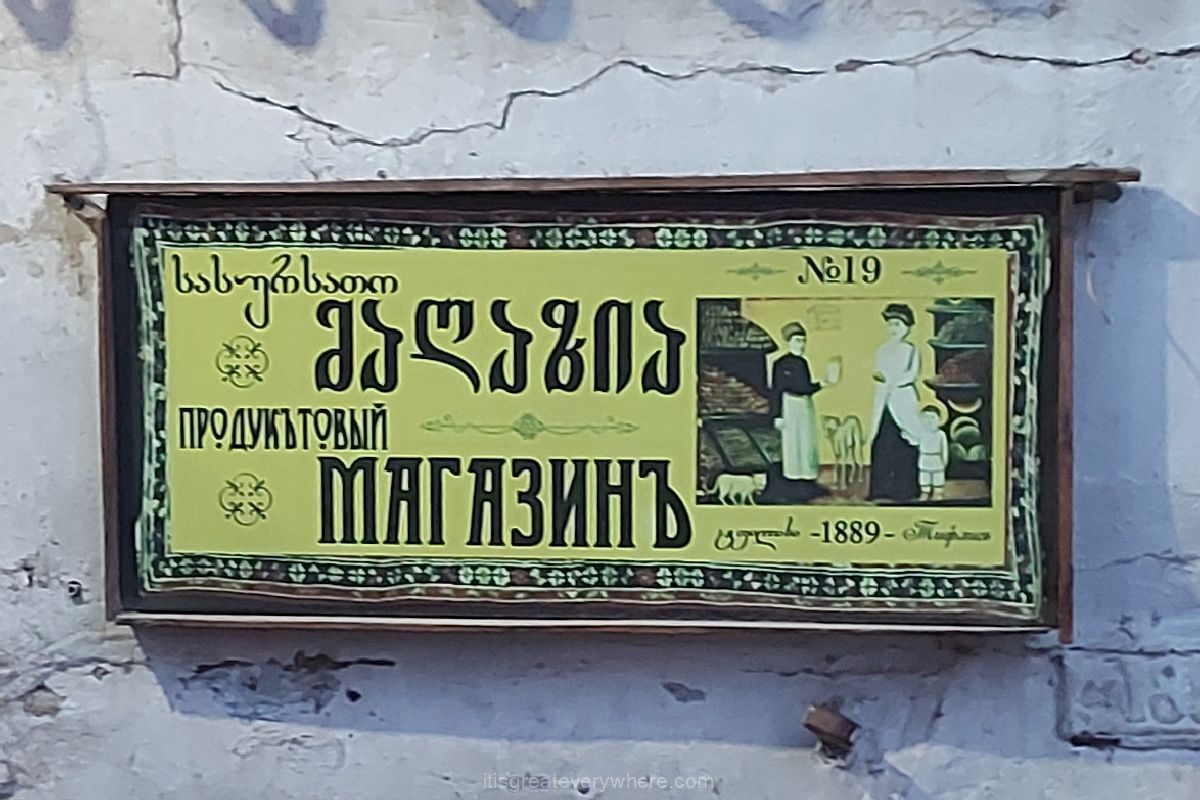 I am somewhat ashamed that I have never heard of Niko Pirosmani (1862–1918),  possibly the most famous Georgian painter, until our first night in Tbilisi. We were walking towards our dinner restaurant, when our guide, Tamás Sajó, of Poems of River Wang / Studiolum, stopped at a small grocery shop/fruit stand and pointed out that the sign above the door contained a copy of an image by this painter. He also shared with us that Pirosmani made his living from painting shop signs, so it was quite appropriate for the shopkeeper to use his image. (See above and below the sign and the entrance.) 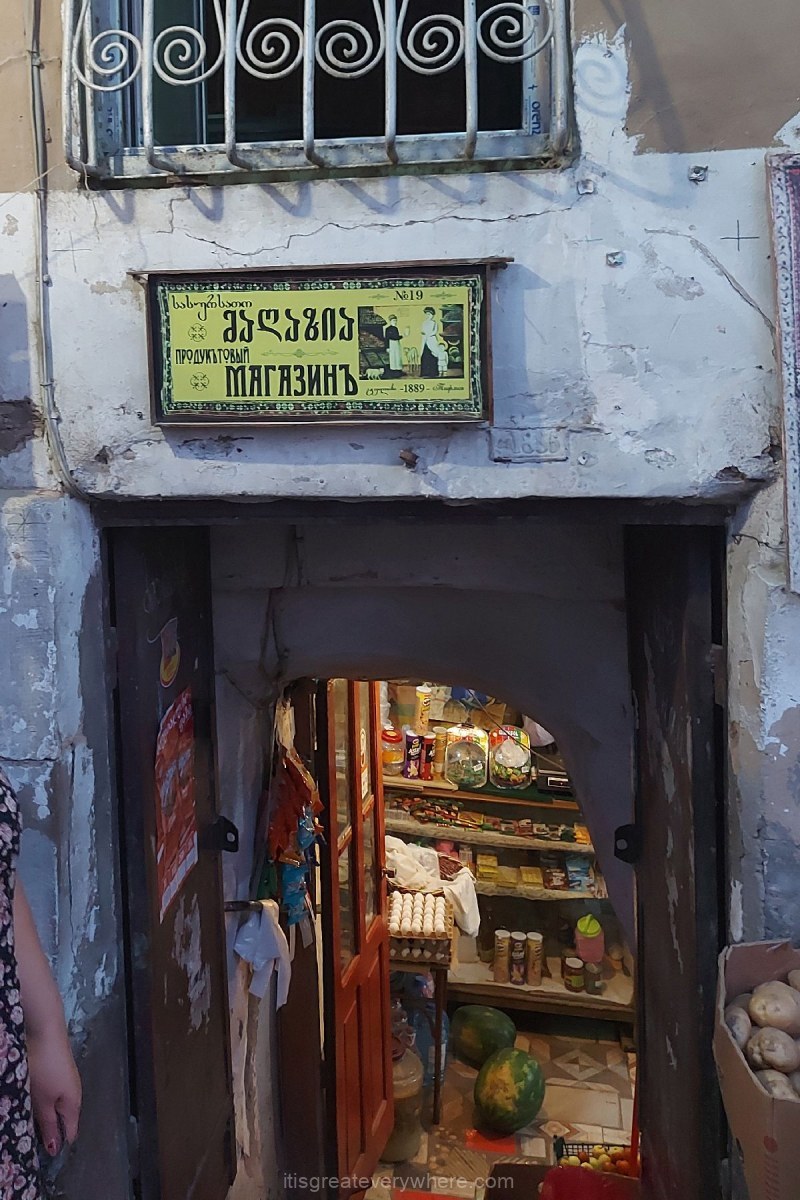 The next day, when he had our proper tour of the city, one of the stops was at a statue that was based on one of his more famous paintings, the Gate Keeper. A few days later we saw the original painting so I can now post pictures of both below. 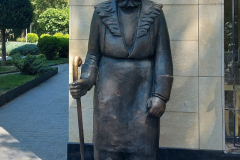 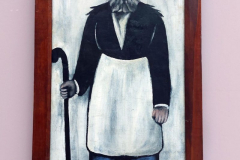 After the group left for home we stayed a few days more and decided to learn more about this local icon. First, we went to the place where he lived, not too far from the central train station of Tbilisi. The houses in the area, just like much of Tbilisi, were quite dilapidated, but you could still see traces of their former glory. We knew that we were on the right street as it was named after him, but we almost missed the house as it was one of many similar on its street. The name of the place is now “Niko Pirosmani Museum” so we kind of expected a proper museum. Instead, once you enter the one-story building on the right you can find a grey metal door. We managed to open it and inside there was a room with copies of about 10 of his paintings and a very spirited woman who was all ready to tell us about Pirosmani.  In Georgian. As she spoke even less Russian than English, we found no common language thus we opted out of listening to her. There was also a curio cabinet of objects for sale and we bought a nice soft cloth for wiping glasses with the “Fisherman in a Red Shirt” picture on it.

We were about to leave when our host signaled that we should wait, she grabbed a key and opened the door under the staircase of the house. Turns out Pirosmani lived in this Harry Potter-esque hole for the last years of his life. Some of the rather simple furniture there were the originals. A replica of his painting about this muse the actress Margarite was there and on the corridor, we could check a photo of her too. Our grand tour of the museum thus concluded after about 15 minutes. 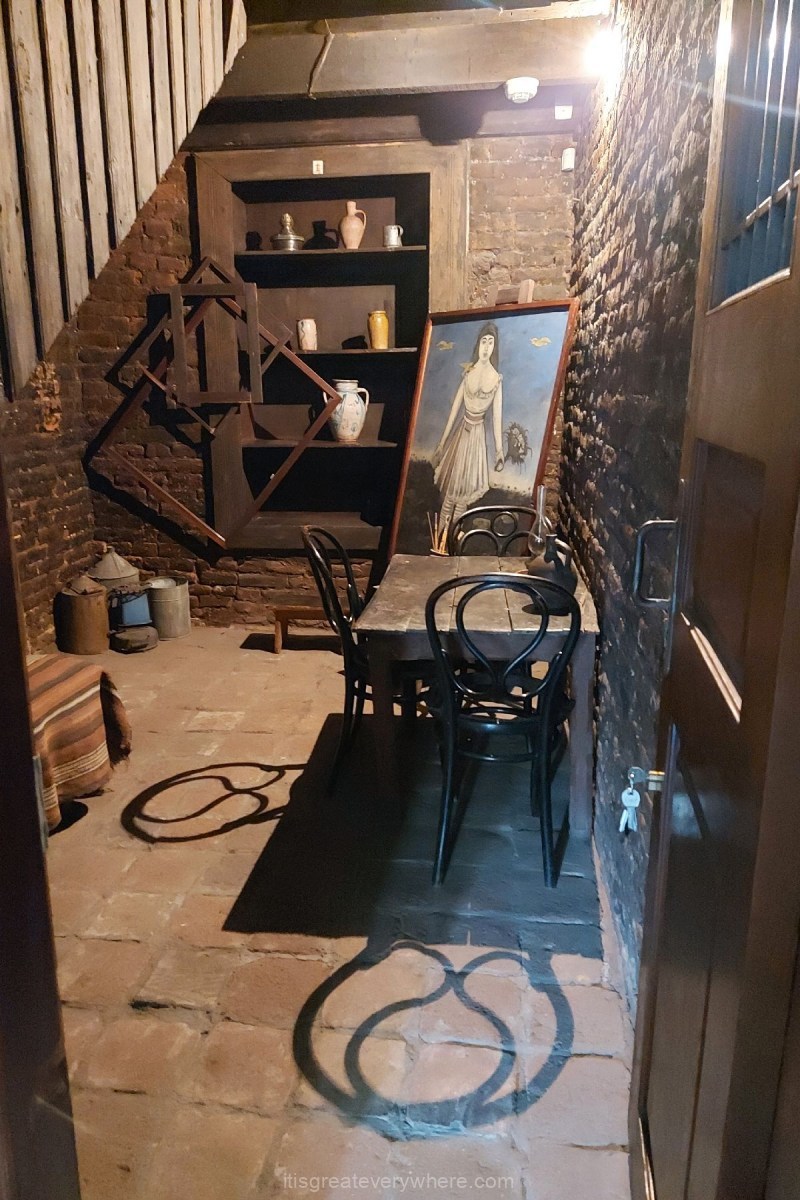 After all this, we were eager to see some of his original paintings. So later that day we took a cab back towards downtown and we mistakenly told the driver to take us to the Tbilisi Gallery. He did, we just weren’t aware that this is the name of the city’s main mall. Fortunately, The National Gallery, which actually houses Pirosmani’s paintings was on the same street. There we finally had unfettered access and spent a good time admiring them. Plus we went through the whole museum and learned more about Georgian painting and found some more new favorites. 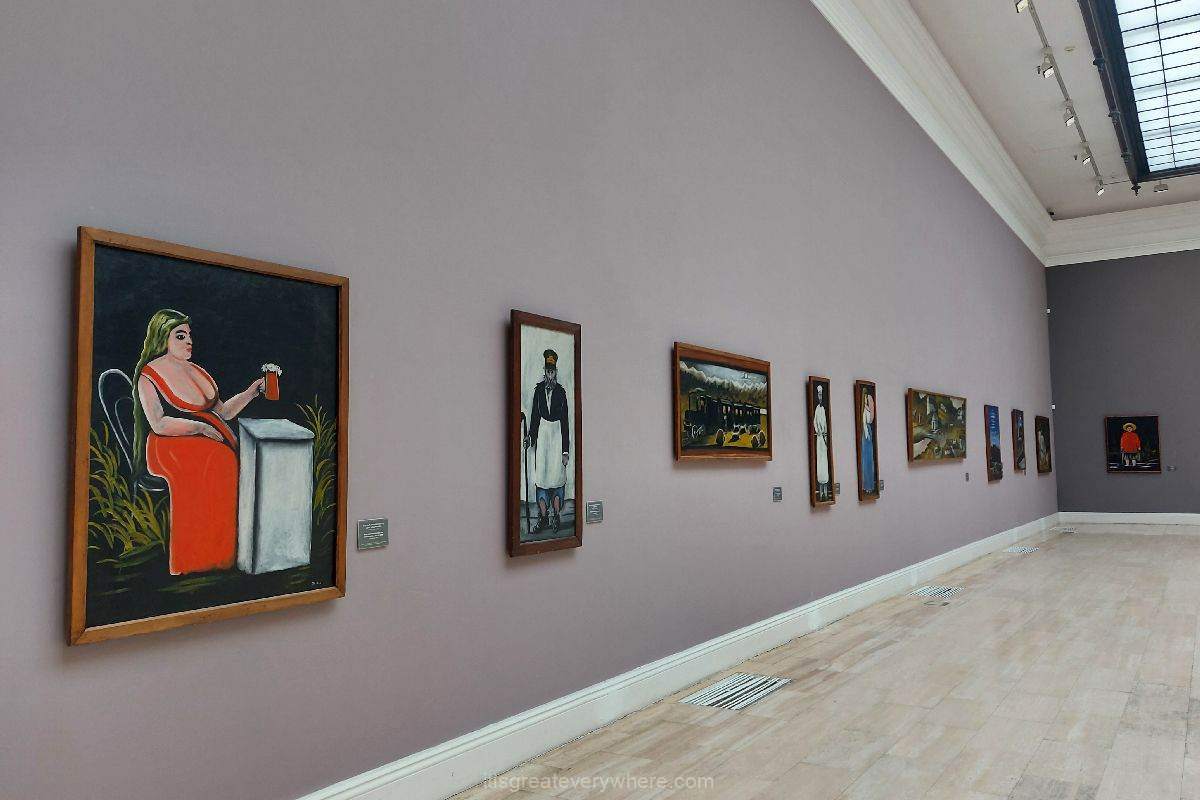 Having gained some familiarity not just with Pirosmani’s painting but his life I recommend checking him out. You could do so through this book, published for the Albertina’s major Pirosmani retrospective. 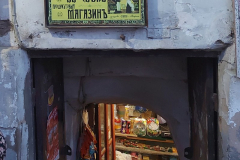 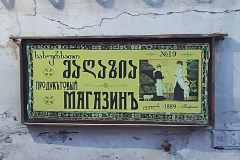 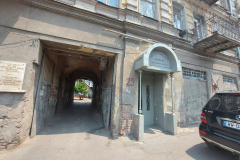 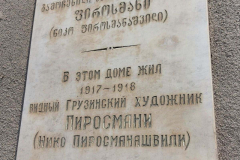 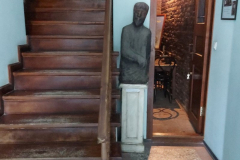 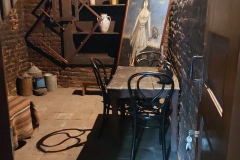 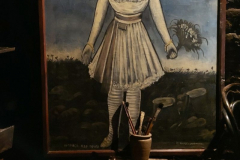 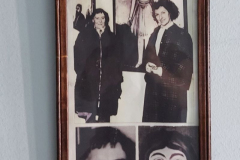 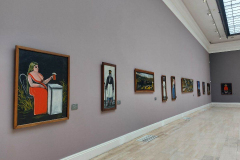